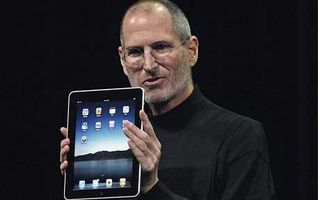 More excerpts from my upcoming book, The New Polymath due in June. The book celebrates innovations of all kinds including those around interfaces. As the iPad is introduced and has the opportunity to be a game changer, here are excerpts from Chapter 11 on Interfaces.

“Well, this is a book celebrating disruptors, so let’s highlight even small ways in which progress is being made around tired old QWERTY: via voice, brain-machine, surface, and several other interfaces that we can increasingly leverage.”

““TechnoThrill”—that’s what Motor Trend magazine called the 2009 BMW 7 Series. The car’s 281-page press kit (which probably weighs more than the new, light aluminum fenders it introduces) covered some of ways the car communicates with the driver and passengers. Mercedes has its COMAND; GM offers features via On-Star, Ford via Sync – so it’s not just BMW, but most of the auto industry has been doing its share to work around QWERTY. Most of the software industry does not even try. “

“John Dean has an eye for office ergonomics and etiquette. He spent years as CIO at Steelcase, the company that has innovated much in office furniture, including the recent award-winning Cobi chair, which flexes and adjusts to your body.  He invested in campus Wi-Fi ahead of most other companies, so employees would be constantly connected and have easy access to “institutional knowledge.” “Of course, everyone would come to meetings with their laptops. Have you observed how, in a group setting, laptops look like personal shields—they are barriers. And how disruptive keyboard chatter is? Not very conducive to creativity.” So, he led by example and used tablet PCs. “The keyboard can be unplugged, making the tablet a slate, and you can hold it in your lap like a pad of paper. The entry of content and navigation is a whisper.” “

“No such risks at the wearIT@work project, financed by the European Union, which is piloting wearable technology for aircraft maintenance among other applications. A vest allows maintenance engineers on aircraft to have hands-free access to data from onboard systems, repair manuals (via a head-mounted display), spare parts availability, and communication with other colleagues”

“With SixthSense, you can take pictures simply by framing an image with your hands, check email by making an “@” symbol with your finger, watch a video displayed on a regular piece of paper, and make phone calls. You don’t need a keyboard or a mouse or a display. And here is the real disruption: Mistry says it costs about $350 to put together. Call it the poor man’s Surface Computing (the Microsoft offering described earlier). Or soon, perhaps, we will call Surface Computing the rich man’s SixthSense.”

“In the movie Avatar, the paralyzed Marine Jack Scully is able to telepathically manipulate his humanoid clone on the planet Pandora. The film is set in the next century and draws on Hollywood’s vivid imagination. But here, today, there is already fascinating work in what is called the Brain-Machine Interface (BMI)”