Plans, Budgets, Deadlines, not what you think

You know the stuff that makes the corporation hum and spin it’s wheels, the workflow mechanism, the process framework activities and not the value creation work per se: Plans, Budgets, Deadlines, Rules, Meetings, Reports… Are they as efficient as they claim to be? 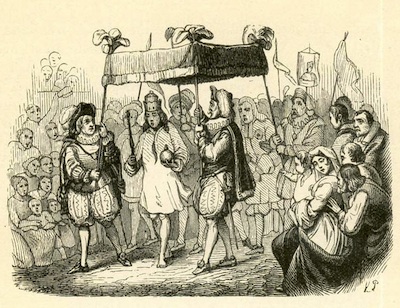 Plans are the railway tracks of work, keeps it all in place and makes the train go faster. Close your eyes and fire up the engine. No direction changes please. Nor much creative input underway, just shuffle the coal and shut up. Good for building the bridge, not when you’re trying to solve a traffic problem, so the bridge is what you get.

The boss wants high income, low costs, the subordinate wants high costs and low income. They agree on some middle way and the subordinate follows the budget and use it all to ensure next year’s budget while the boss is happy. Budgets adds a floor just under the ceiling, budgets keeps the costs up. And in the meantime the world trundles on with shifts to oil prices, exchange rates and market conditions, blissfully unaware of any budgets.

When I was out cycling with my oldest for the first time we passed a brook. Son of course shifted his focus toward the running water, and guess where he ended.

Give a man two weeks to finish up and that’s what he’ll focus on. Delivering in half the time would be offensive to the boss who set the deadline, hence all is delivered on time, never before, rather a tad late.

Ever been on the phone with some support department and heard “sorry Sir, but our rules does not allow me to…”? Or been to a government office and had “nope, you’re not in the system…” thrown at you? Well, trust me, it happens. Sometime, with luck much of the time, dumb rules work. But at best they merely extrapolate history, and history is the past and things change. Only one way to term such:

Enough, don’t get me started on meetings, reports, double entry book keeping, organisational hierarchies and the rest that makes up the old work process framework.

Time for an alternative work framework.

One response to “Plans, Budgets, Deadlines, not what you think”