I noticed an interesting quote today in the press release about MarkLogic 4.2

“MarkLogic 4.2 further cements MarkLogic’s commitment to the developer community,” said Mike Brevoort, enterprise web practice lead, Avalon Consulting, LLC. “There is a continued shift in developers using Apple’s Mac OS X so having the Mac build is key as it allows everyone to build applications in an environment where they are comfortable and productive.” 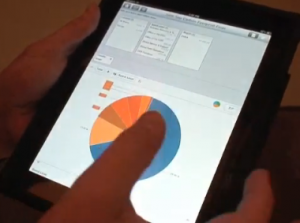 reason Eclipse became so pervasive was that developers could do their enterprise Java stuff on a Mac. Not supporting Macs means not supporting many of the best software developers on the planet.

MarkLogic is certainly not alone though, in terms of the new reality of Mac adoption. In late August Autodesk announced AutoCAD for Mac… is back.

“The release of AutoCAD for Mac marks the return of professional design and engineering software to the Mac platform and an important convergence of power and design. Over 5,000 customers have helped develop this product through our beta program and they are delighted to have the choice of a native Mac version of AutoCAD.”

So the Mac is increasingly back in commercial software. But developers were the leading edge of the trend, and RedMonk has followed this trend. A related trend worth considering: