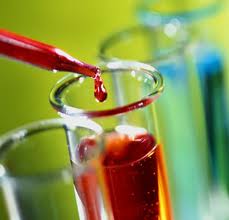 The follow on wave to the initial reaction to Steve Jobs departure has begun, and it’s interesting.  It’s all about understanding the “Steve Jobs Formula”.  I confess I do enjoy reading these articles as do I enjoy reading about the “Warren Buffet Formula.”  There are entire books about the latter.  The one thing that is strangely missing is cracking open the Forbes list of the 400 Richest Americans and finding a passage for some new billionaire that says, “Well, I just followed the Warren Buffet Formula and it was easy.”  Perhaps that’s Nature’s way of telling us that these brilliant leaders can’t be deconstructed and reduced to some “formula”.  Nevertheless, we’re driven to understand what they did and why.  In this article, I want to critique or amplify on some of what the pundits are saying about the Jobs “Formula”.

The Folly of Assuming Commoditization is the Only Game in Town

Those who worship at the altar of commoditization see it as inevitable for any market.  Someone will introduce an innovation and the commoditization race begins.  Whoever manages to make the innovation “good enough but much cheaper”, wins.  They will own the Lion’s Share of the market and the profits.  There is little question that commoditization happens, perhaps inevitably, to some markets just as described.  But to assume it is inevitable for every market, and that building better mousetraps is misguided, is a mistake.  Clearly Apple has shown the way in a number of markets for a case where the best product really can win.  Importantly, it may not win in terms of numbers or market share, but it can win in terms of share of profits.  Many have taken to commenting that Apple doesn’t really care about market share, it cares about products.

Apple didn’t invent this notion that commoditization need not be inevitable, by the way.  Mark Segal has a good write-up on this where he views commoditization as the conventional wisdom and Apple as the innovator, but it isn’t.  I’ve been hearing about it since Business School.  Michael Porter says there are three stable competitive strategies:  build the best, be the low cost provider, or be the niche player.  The Commoditists assume that being the low cost provider is the only position that counts.  Long before Porter, Henry Ford was a commoditizer.  He was sending his people to junkyards everywhere to examine which parts of junked Ford automobiles were still usable.  Anything usable was obviously overbuilt and could be cheapened to give Ford a cost advantage.  Apparently Mercedes Benz didn’t get the memo on how to operate that way, and today they seem much stronger than Ford for it.

More recently we have strategies involving Blue Oceans and such the further refute the commoditization destiny.  When I look at the life of a Commoditizer, I can’t think of anything less interesting than spending your every hour not caring about what is good, but rather driving out every extra fraction of a cent of cost.  For most markets (not sure about paper clips and the like, they may be pure commodities, but don’t forget how Starbucks turned the ubiquitous cup of coffee into a product worthy of Apple), there will always be an opportunity for the very best.  It’s a question of whether you can build the best, convince people it is the best, and perhaps most importantly, imbue a sense of style and connect with lives in a way that makes enough people insist on having the best.

If you’re capable of all that, let the Commoditizers do their thing, and you go do your thing.

Confusing “Minimum” With “MinimumViable” Where Steve Jobs and Entrepreneurs are Concerned

Sean Ammirati in RWWeb writes that there are four parts of the Jobs formula that Entrepreneurs must avoid:

4.  Avoid being closed–create an API Day 1

This analysis is motivated by a lot of the current writing and thinking about how startups should operate, but it belies a misunderstanding of what “Minimum Viable” means and what Jobs uses as his strategy.  It is a mistake to think if we simply release early and often enough, we will succeed.  It’s very popular for entrepreneurs to assume an air of (often false) humility, tug their forelocks, aw shucks about how little the know and how smart the wisdom of crowds, and leave it up to the almighty customer to tell them what to do.  They learned this behavior, no doubt, from Wall Street, but they lack the portfolio effect to help them actually succeed with it, although they do sometimes have the other benefit Wall Street enjoys–the use of Other People’s Money to test out these ideas.

Look, if we take even a fundamentally very good core product and slather on a thick and chaotic layer of customer-mandated and product management defined features, that leads to Crap Product.  We know that.  We’ve seen it too many times.  It’s the reason Microsoft is failing today.  But just because a nice clean sheet product that said “No” to all sorts of things and shipped really quickly can beat such a Death-By-Feature-Overload Behemoth does not make that the only strategy that wins or even the best strategy to win.  Winning in a competitive market is all about giving people something they desperately want (whether because they need it or simply want it) while forcing the competition to completely upend what they’re doing to respond, and ultimately forcing them to be too late and too little in their response.  Satisfying that equation with just enough is the essence of a “Minimum Viable” Product strategy.  Shipping something that isn’t good enough to ignite need and is easily copied and side tracked by the competition is minimal, but not viable.

1.  Be secretive what you’re building but not who you are.   You have a chance to attract a following without telling them quite yet exactly what you’re building.  It’s enough to strike up a common interest, perhaps around the kinds of problems you hope to solve.

2.  Make sure your release 1.0 can ignite customer delight and is not easily ripped off by your competition.

3.  In terms of swarming communities versus building communities, if your business intends to use a network effect as a barrier to entry, it has to be your network effect.  Before you swarm someone else’s network, make sure you have the ability to lock whomever you attract into your network.  Otherwise you are just building features on someone else’s platform and you’re likely to wind up like those many startups that built Twitter front ends only to have Twitter say, “Thanks for all the ideas, folks.  We’ll take it from here.”

4.  Make sure you are in control.  It isn’t about being Open or Closed, it’s about control.  You must be in control of your ability to delight your customers and keep the competitors struggling to respond.

Vertical versus Horizontal Integration, Open versus Closed, these are all just symptoms of the underlying strategic goal Jobs had to ensure he had the control he needed to get where he was going without having the fruits of his labor stolen.

Incidentally, if you really want to understand the part about, “forcing the competition to completely upend what they’re doing to respond, and ultimately forcing them to be too late and too little in their response”, that’s the true essence of competitive strategy.  The best way of thinking about it on those terms comes from fighter pilot John Boyd’s writings about his “OODA” (Observer Orient Decide Act) strategies.  They’re every bit as applicable to modern business strategy as jet fighter dogfighting if only because there’s even more room for nuance and deception.

On Caring About the Customer

These are professional, but not very deep relationships one could have with their customers.  They don’t begin to tap into anything resembling “Delighting” or “Enchanting” the customer.

But parents don’t spend much time asking the children how they can be better parents.  Families don’t have 360 degree reviews mandated by HR.  They don’t conduct focus groups to see what the kids think about the latest parental policies and ideas.  They know what’s right, and they love parenting more than life itself.

Film makers understand all this.  Steve Spielberg didn’t run around asking people whether they thought a movie about children harboring a so-ugly-he’s-cute alien would be a success.  Hemingway spent a lot of time out and about drinking in humanity in all sorts of colorful places, but he didn’t ask people to help him write his books.

“Writing, at its best, is a lonely life.”

One response to “What Would Steve Do? Ruminations on the Jobs Formula”