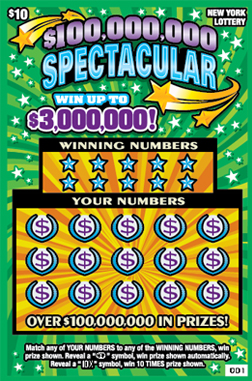 With all the SaaS companies raising big, later-stage rounds these days you may wonder … why?  I mean, just because you can raise $100m or whatever epic number … should you?

Today, I think the answer is yes.  Though perhaps not for the reasons you might think.

There are a couple of standard reasons companies raise these huge later-stage rounds.  First, in some cases, it can provide secondary liquidity, especially in companies that are profitable.  Second, a war chest can be reassuring to everyone, especially non-founder/rent-a-CEOs.  Third, it certainly lets everyone spend more.  A fancier office, more product extensions, more on marketing, more in every department.  This isn’t a bad thing.  And fourth, and perhaps most important strategically — it’s probably better to spend a ton of money before the IPO rather than after.  Because no one cares how much money you lost in the past.  If they care at all, they care about future profits … not past ones … in SaaS and growth companies.

Because here’s what’s going to happen to your SaaS business, once you approach Scale.  You’re going to end up with an Organic Growth Rate.  At first, of new leads.  And then, once you nail the sales process, a natural growth rate of ARR as well.  I don’t know what it is.  It may be +40% a year, or +60%, or +70% a year.  It likely will decline over time, with the law of large numbers.  And for SaaS companies, once you are at scale, it is very rarely 100% or more.  Because the viral coefficient, the word-of-mouth coefficient, of SaaS is real — but low.  It can’t compound that quickly, generally, to 100% or more.

The problem is, for most of us, the Organic Growth Rate, as great as it is — it won’t quite be good enough.  Maybe in a vacuum it would be.  But maybe that’s not quite as fast as your competition.  Or not quite fast enough to justify an IPO, or some other exit for your investors.  Whatever the case may be, you’ll want to grow faster than your Organic Growth Rate.

And that’s where it starts to get really expensive.  Your first 20-40% growth each year will probably be very cheap.  The next 10%-20% or so is more expensive.  But then beyond that, the costs grow dramatically if you really want to go faster than Nature Intended.

Things you can do here to go even faster, as examples:  scale out a big (and expensive) Field Sales Team.  Build lots of remote offices, with sales engineers, client success, and sales reps closer to your customers.  Do lots of corporate and brand marketing (e.g., paying millions a year to be a Platinum Sponsor of This and That).  City tours, world tours, your own Dreamforce, TV ads, everything.

All this incremental stuff has looooong sales cycles, and seemingly loooow ROI.   But it does work, if you keep at it, albiet expensively.

So why do all these extra, super-expensive initiatives?  Why spend so much money to get an almost handful of Incremental Customers?  Another 10% or 20% growth?

Because if you’re reasonably hot, it pays.  For two quantitative reasons:

First, your customers are worth a lot more than you think.  In fact, you can probably afford to spend as much as $6 to acquire every $1 of Incremental Customer Revenue, because that’s your true Lifetime Value.  You can’t spend that much on your core customers, on all of them.  Of course not — you’d go out of business.  But look back at our analysis of the True Lifetime Value of A Customer.  It’s at least $6 for every $1 in first year ACV, and maybe more (see the math here).  Why not go get it, if you can?  If it’s incremental?  It only builds the brand, builds the product … and importantly, grows the top-line?   Where’s the downside, if it’s incremental to your core, more profitable, lead sources and run rate, and is at least revenue neutral in the long run?

And here’s the thing.  ARR multiples for the very top SaaS company are so high now.  If you can spend the money to ensure you’ll be in the top group, it will pay off.  Your ARR multiple will grow from 4x to even 20x.  So those expensive, Incremental Customers with their Incremental Revenue … all of a sudden have a huge ARR arbitrage.

And it gets even better.  If you grow your ARR multiple through More Revenue Growth — You May Even Be Able to Pay $20 to get $1 in Incremental Customer Revenue.  I know this sounds insane, but it isn’t.  At least as a construct.  Bear with me … let’s do the math:

I know this is a bit simplistic, and you can’t really do this as a step function.  But even getting some of the way there might well be worth it.  It’s ARR arbitrage.

In today’s world, if you’re a reasonably hot SaaS company and can raise the capital — the Incremental Customer is Worth It.  Even if you Have to Pay $3, $4 or even $6 to Get an Incremental $1 in ARR.   Can you afford to spend $60,000,000 simply on Incremental Customers?  Almost certainly not today.  But maybe, someday, you might.  Maybe if you raised $100,000,000.  It might even be cheap then.  It’s certainly worth spending a lot in any event, post-Scale, on Incremental Customers.  The secondary revenue justifies it.  The ARR multiple may well justify it.  It may even make it close to free.