Lenovo Yoga–Straight up With a Twist

I have been using a Lenovo Yoga laptop for a month and like it enough to report back on my impressions. This laptop replaces an Asus Zenbook Touch that I had been using and generally liked but in order to maximize the touch aspects of Windows 8 I found that having a touch screen simply wasn’t enough, a full convertible laptop is what makes the experience much more accommodating of touch interactions.

Back in January I wrote about my initial reaction to Windows 8 and highlighted a couple of aspects of the hardware experience that needed attention. The Asus Zenbook Touch is a beautiful piece of hardware that comes close to beating the Mac Air at its own game, it is blazingly fast, has a beautiful display, is thinner than an Air and better to look at. The Zenbook has fast USB 3.0 ports and a very compact power supply that is definitely inspired by Mac, and has a backlit chiclet-style keyboard that is comfortable and did I mention backlit? 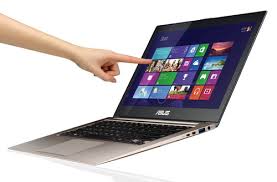 The two shortcomings are brutal, the Zenbook touchpad is so awful they should never have shipped the computer with it, and the wifi is wonky, prone to going dark enough that using the USB Ethernet adapter is a good call. at least Asus gives you the connectors, unlike Apple. Based on the touchpad alone, I would not recommend the Zenbook to anyone.

I noticed a couple of other things in my foray into the world of Win8. The first is that the performance is really good across the board but battery life is highly variable. The Zenbook can be pushed to 5+ hours of battery life but I really want more than that because I often find myself unplugged for long periods of time. Most of the ultrabooks come with 4gb of RAM and 128gb of SSD, both are acceptable and Windows itself is remarkably high performing on 4gb but some apps (cough, Chrome) are not so well behaved and if you are like me and have dozens of tabs open, along with a wide range of apps. you will run into low memory warnings (which to Microsoft’s credit don’t cause erratic behaviors but you still have to close stuff). The 128gb of SSD is manageable because I store almost everything in the cloud, but I just wanted more to have the option of keeping things local for offline use.

The biggest issue with Win8 and touch is that you really want to use it as a tablet so unless your ultrabook has a removable display or can perform some unnatural act to become a tablet, you will be left wanting more. My choice for this was to buy the Lenovo Yoga with 256gb of SSD and 8gb of RAM (and yes, I did get it in orange!).

As a laptop this computer delivers and then some. It’s fast, very fast, and has a super comfortable rubberized coating on the palm rests. The keyboard took a couple of days to adapt to but is good to use, the battery life is in the 7-8 hour range, and most importantly, everything – including the touchpad – just works.

I do miss the wedge shape of the Zenbook, and would also suggest to Lenovo that they trim off 1/2″ off each side for a much more compact form factor because there is a lot of bezel that adds to the overall package. The instant on could be a little more instant but honestly it is a legitimate “instant on”. Lastly, even though the power supply is compact and svelte, it has a lot of power chord off one end and an unwieldy one on the other. pay attention to Asus and Apple on this point, their design direction is a good one. Another USB port would be welcome and why USB 3.0 on just one of the two ports? I do appreciate the HDMI output but had to buy an HDMI-VGA adapter, which is cheap enough that it should just come with the machine.

Folded over into tablet form the 13″ 3.3 lb tablet would not be my first mobile choice but I regularly use it in meetings, sitting in bed, and on airplanes (no seat back reclining into your open laptop!!!). It is a great way to use Win8 and of all the convertibles I have tried, this one is most natural and confidence inspiring with regard to build quality.

Folded into tablet form the keyboard deactivates but you still feel it, so I bought the sleeve that Lenovo sells and sleeve up the keyboard half of the package when using it as a tablet. This works great and is more confortable because the Yoga can generate some heat (maybe it is more appropriately named the Bikram) so the sleeve solves two issues without adding bulk or complexity.

As I wrote back in January, Microsoft really needs to get a handle on the integrated hardware/software value proposition for a better customer experience but what I really appreciate is that I am not limited to what Apple alone decides to build, as is the case in the Mac world. The range of hardware configurations and options is impressive and if one ultrabook doesn’t work for you then you can simply shop around and find something different. Windows 8 as a touch experience is compelling and while I would appreciate refinements that meld the old and new Windows better, as well as provide for more context switching and interoperability in the dedicated app focus mode, I am still very happy with Windows 8.

PS- as I was writing this I noticed for the first time the irony of going from zen to yoga.