In The Early Days, Don’t Forget To Pay Yourself, Too 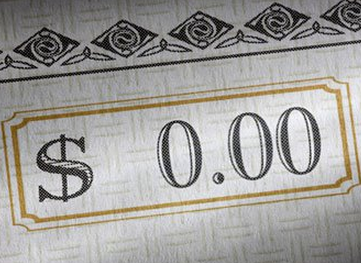 When I co-founded my first company, way back in the dark stretch between Web 1.0 and Web 2.0, we got a terrible deal, from a dilution and valuation perspective.  Yes, we raised $9m to get the company off the ground, but we had to sell just about everything to pull it off.

The trade-off from the VCs?  Big Salaries and 100% Vested Stock.  We didn’t ask for either, but in their minds, I guess both were pretty cheap things they could do while still maintaining maximum ownership for themselves.  They were right, in fact.

In EchoSign, my second start-up as a co-founder, in the end I went the other way.  As part of being Somewhat Lean, I went without any salary not just in the very beginning, but then again for quite a long time after we raised a $2m Series A financing … until we raised our Series B.

It felt like something I needed to do, to contribute that back to the company, in the pre-Traction phase and even after that.  It was one of several things I did to stretch out that relatively modest Series A to last 2 years.  But with hindsight, it wasn’t really necessary to do it for too long.  It was a step too far, and once our revenues kicked in, it really didn’t make any bottom line impact.

My learning?  Make sure you pay not just your team, but yourself, a market salary, upon:

the earlier of (x) as soon as the business can afford it or (y) closing sufficient outside capital to give you > 12 months of runway.

Working for peanuts seems like the start-up thing to do.  And if you don’t have enough money in the corporate bank account, it’s the only option.  It’s even sort of fun, in a way, for a while to jointly sacrifice.  It makes things more visceral.

But eventually, you’ll feel like you’re upside down.  Don’t let it go too long, if you can help it.

Also, working for free or too-cheap has another downside: it gives you an excuse.  If you’re taking an expensive salary … you know you have to deliver.  If you are working for free, doing “your best”  may seem enough.  Coming up short when you aren’t paid?  It’s not your fault anymore.  After all, you didn’t take a penny.  It’s a subtle point but I think an important one.  Getting paid increases the pressure on you.  This can be a proper and good thing.

One last thought: if you choose to work for “free” post-funding, consider getting additional stock = your forgone salary.  I did this.  It worked out very well in my case at least, and makes sense post-funding since you are really “investing” the money you aren’t taking out of the company as salary.