How Cheap a Product Can You Have And Still Have Salespeople? 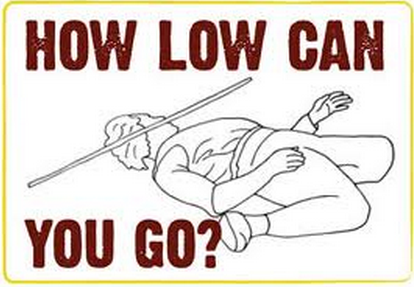 Different companies will have different experiences.  But here’s what I learned.  And do it right, and you can go pretty low.

First, at the low end of the market, there are 2 types of sales:  ”Real” sales with demos, leads, a sales process … and 1-Call-To-Close.  The latter is basically sophisticated customer support IMHO, but done by revenue-focused professionals.  Customer calls in, willing to buy on that call, with a few questions.  Switch out a support-focused CSR and put in an entry-level sales rep, and assuming you have enough of these 1-Calls-To-Close, this rep will become profitable.  But this is a minor case in my experience, though worth doing once you have the volume.

The more interesting question is how low a price point you can go with True Inside Sales.  I.e., the customer inbounds as a lead.  They may not be ready to buy today.  They may want a demo.  They have good questions.  They want another call to discuss, to review, to map out the landscape.  The rep will have to follow-up, and work it.

What you’ll find is you are limited by two factors: (x) the number of demos and interactions a rep can do and have, and (y) the comp the rep needs to feed him or herself and the family.

So let’s do the math:

And so it is.  If you survey different SaaS companies that are post-Traction, you’ll see the low-end segment of their inside sales team is often focused around this price point, with other, different reps handling higher price points, but few reps at price points lower that this, unless it’s early days and just to learn.

But, the thing is, again in SaaS, averages can deceive.  In fact, you can go a lot lower.  We discussed how CAC is a confusing metric because it’s an average metric, and no customer really is all that average in its cost to acquire.  They are generally either very cheap to acquire, or very expensive, but rarely in the middle.

I do think $3k ACV or $299/mo for modelling purposes needs to be the core low price point and segment for your Inside Sales team.

I’m not saying you can build a whole Inside Sales team around a $1k ACV or $99 price point.  You can’t.  The lowest you can probably go on average is $3k, based on the math above, and that’s if you are hyper-efficient.  If you aren’t, bump that up to a $5k ACV to account for overhead, waste, turn-over, etc.

But as part of a bigger picture, as a segment … I think you can make money as low as $99 down and $99 a month with your Inside Sales team.  Might as well go get it, if you ask me.  At least in the early and middle days.