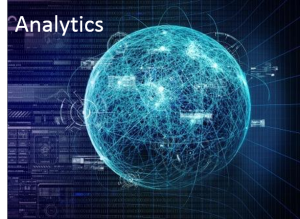 Using analytics to better understand customer satisfaction, profitability, retention and churn while increasing cross-sell and up-sell are the most dominant uses of cloud-based analytics today.

Jim Ericson and James Taylor presented the results of Decision Management Solutions’ cloud predictive analytics survey this week in the webinar Predictive Analytics in the Cloud 2013 – Opportunities, Trends and the Impact of Big Data.  The research methodology included 350 survey responses, with a Web-based survey used for data collection.  The survey centered on the areas of pre-packaged cloud-based solutions, cloud-based predictive modeling, and cloud deployment of predictive analytics.  You can see a replay of the webinar at this link.

Key takeaways of the study results released during the webinar include the following: Comparison of Analytics Applications Most Likely To Deploy, 2011 versus 2013

Impact of Predictive Analytics Integration Across The Enterprise

Concerns of Enterprises Who Are Using Cloud-based Predictive Analytics Today