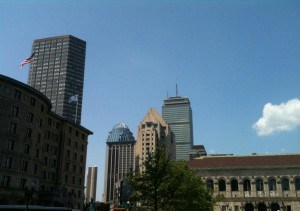 The five trends that serve as the foundation of this report include the increasing pervasiveness of software, affordable small devices, ubiquitous broadband connectivity, big-data analytics and cloud computing.  BCG’s analysis illustrates how the majority of TMT companies that deliver the most value to shareholders are concentrating on the explosive growth of new markets, the rise of software-enabled digital metasystems, and for many, both.

The study is based on an analysis of 191 companies, 76 in the technology industry, 62 from media and 53 from telecom.  To review the methodology of this study please see page 28 of the report.

Here are the key takeaways from this years’ BCG TMT Value Creators Report: