A Discussion with Jon Bischke of Entelo: On Successfully Switching from B2C to B2B (SaaS)

One outstanding SaaS entrepreneur I’ve enjoyed getting to know is Jon Bischke, CEO of Entelo.  Entelo is a sophisticated solution that leverages social and other networks to help you recruit great candidates to your company (e.g., going beyond LinkedIn). 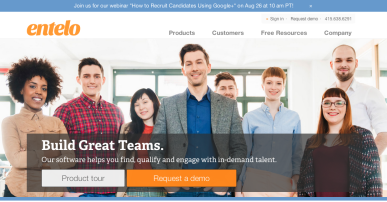 telo has now hit millions in ARR and is accelerating, and one thing Jon is great at is explaining how different things are in SaaS than B2C — where his past start-ups were.

I thought his learnings might be helpful for others.  As more and more founders think about doing something great in SaaS but have grown up in B2C … it’s important to really understand that it’s different in SaaS and B2B.

Mainly, because it’s about Customers.  Not Users.

But in many other ways as well.

I started three companies before the age of 35. All were of the B2C variety with two being platforms for online learning and the third being a social network for progressive types (which competed with Mark Pincus’s pre-Zynga company Tribe.net). Two of those companies were acquired by public companies and while none of them would be considered “home run” exits, two could be considered solid singles or doubles.

My top lessons from the transition from B2C to B2B: 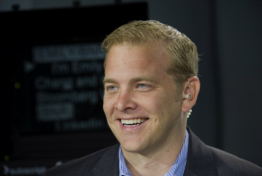 #1 – The over-arching lesson was that a playbook exists for B2B success.That’s not to say that one doesn’t exist for B2C but B2C seems a lot less predictable than SaaS. SaaS has best practices and lessons to learn and is typically less about riding a wave of massive disruption (e.g., social networking, mobile phone adoption, etc.). At the end of the day, starting a successful SaaS company seems to boil down to finding a major problem that businesses face and are willing to pay to get rid of and then solving it for them in the best way possible. That’s an over-simplification of course but nonetheless accurate.

You could say that the same is true in B2C but I think it’s a lot more nuanced. Timing plays such an incredible role in B2C because the number of people you need to solve the problem for in B2C is so much larger. Finding a problem that 1,000 people have and solving it is rarely a recipe for B2C success. You need numbers that are at least an order of magnitude and probably two orders of magnitude greater.

The playbook in B2B is highly learnable as well. Here are a few of the things I’ve done:

#2 – Personal networks seem to matter more in B2B. Think about Dave Duffield succeeding at Workday. A big part of their success was Dave’s network. He knew everyone. Relationships with potential customers, influencers, etc. play a huge role in B2B success.

Contrast that with B2C. Many successful first-time entrepreneurs fail in their sophomore efforts in B2C. The advantages just don’t seem to be as great for that second-time B2C entrepreneur. Sure, they might succeed but success is less guaranteed than for the seasoned B2B entrepreneur. There are many stories of entrepreneurs churning out success after success in B2B (think Duffield with PeopleSoft and Workday, Ellison with Oracle and NetSuite, etc.).

Which brings me to a related point. It seems like older you get, the tougher it is to succeed in B2C. Sure, there are examples of entrepreneurs succeeding in B2C at late stages in life. However, they tend to be somewhat few and far in between. Now look at the ages of your typical B2B entrepreneurs. It almost seems as if the older you get, the easier it is to succeed in B2B. Part of this is related to network, part is due to deeper understanding of the challenges businesses face and part can be attributed to a better grasp of the “playbook”.

Networking in B2B is a lengthy topic (probably worth a post of its own!) but it’s been critical to Entelo getting as far as it has.

#3 – LTV is much easier to calculate in SaaS. Unless you are running a subscription consumer business, it’s often tough to tell what your LTV is until several years in. This is because the usage and/or buying patterns are often very lumpy. Someone might spend $100 with you in month one and then not buy for six months only to show up and buy $300 worth of product. What’s your LTV for that customer?

Sure, at some point with enough customers you should have a pretty good feel. But with SaaS you can typically figure out your LTV within a year or so. Even if you sell annual contracts where you don’t know how many years a customer will stick around, you can use the formula of average annual revenue per customer divided by churn rate to get a rough approximation of LTV.

Understanding your LTV will help you better understand how much you can pay to acquire customers and that’s everything in B2B (and B2C for that matter). Understanding early whether you have a self-service, inside sales or field sales model is critical to success in B2B. So many companies have died because they’ve tried to take a low LTV model and sell it using an expensive sales force.

And of course, as you better understand your LTV you quickly realize how important churn is to your overall business health. Cutting your churn in half doubles your LTV which means that you could theoretically spend twice as much to acquire customers to grow faster. And what hard-charging entrepreneur doesn’t want to be able to have a larger budget to acquire customers with?!

#4 – It’s much easier to target customers in B2B. When I was running eduFire, we were trying to target people who wanted to learn foreign languages.  That’s not easy. Sure, Adwords can be fruitful and marketing on social channels is becoming easier and more trackable. But it’s much more of a scattershot effort in B2C. Just think about Rosetta Stone. How much of their massive ad budget is wasted? A ton.

In B2B, you often have a strong sense of exactly who the ideal buyer is fairly early on. For Entelo, it’s people running talent acquisition in mid-market and enterprise companies. Those people are reasonably easy to target using outbound efforts and also tend to run in the same circles at conferences. They are also well-networked with each other and we’ve closed many deals because one VP of Talent told another VP of Talent of the success they had with Entelo.

Conclusion: SaaS success isn’t easy of course. Things are great at Entelo but we still face significant challenges on a daily basis. That said, I think B2B can be at least as exciting as B2C and perhaps a bit more “logical” at times. For any B2C entrepreneur who is looking to change it up a bit, I’d strongly recommend taking a look at starting a SaaS company. Those of us in the “SaaS Mafia” would welcome you with open arms!