Don’t Fire Your “Worst” Customers. Hire Them a Psychiatrist Instead. 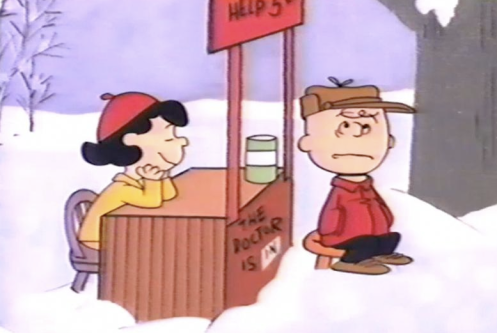 There’s a lot of Internet advice that makes a lot of sense, but not necessarily in SaaS.  Somewhat bad advice that entrepreneurs share again and again, without having really tested the ideas behind that advice.

One bit of advice you hear again and again, that I 93% disagree with, is “Fire The Customers That Don’t Fit.  Fire Your “Bad” Customers.”  The ones that suck up too many scarce resources relative to the revenue they generate.  I really think, at least in SaaS, this is some of the worst advice you can get.

Everyone gets the issue(s) that’s been through it.  You get to a certain point, say 1,000 customers, or $2m in ARR, or wherever, and your customer base starts to segment.  One piece of it — say 10% — constantly complains.  And/or, one piece of it — say 10% — uses an edition of the product that you don’t really want to keep investing in and supporting, because you want to invest in the other 90%.  Or more simply, sometimes the bottom 10% of your customer base in terms of ACV just takes way too much time.  The small guys suck up all your customer success and support resources, even though they make up only a small percent of your revenue.

I totally get it.  At EchoSign, the single largest consumer of our customer support resources was our Free users.  The second largest consumer of support resources was our $15/month customers.  The guys that paid > $100,000 a year?  While they had a lot of needs from a solution architecting and onboard perspective … but … from a day-to-day basis, on a relative dollar basis … the least demanding.  They paid 100x or more per year but took basically the same or less amount of customer support resources, and even when you add in customer success, they still took far less resources to support per $ of revenue than the smallest customers.

So fire the small ones, the annoying ones, the non-core ones, you say?

I say think about it differently:

So what’s my uber-advice here?  If you have a customer segment that is (x) annoying, that you don’t really want today, that sucks up all your customer support time … but (y) that is generating at least $20-$100k in revenue per year as a segment … then don’t fire those customers.  Instead, (z) hire them a psychiatrist.

I mean this almost literally.  Hire a new person to your team, brand new, without baggage.  There’s enough revenue here in the segment, or will be, that you can at least cover her basic costs, this new hire.  He or she probably can’t solve any of the complaints, the problems, the issues.  But she can listen.  Take over the complainers.

That alone can relieve all the stress on the existing team of having to deal with these issues.

This new hire or hires will just listen.  Do on-site visits, maybe, where practical.  Talk through the concerns.  Track the issues and concerns with the customers … but probably not really change anything.  Not burden the product and support teams.  In fact, just be a buffer.

Then, you can keep the revenue.  Capture any positive second-order effects.  And, most importantly, see where these customers take you later.

The last thing you’d want to have to do is re-earn those customers.  It’s so hard and expensive to acquire customers in SaaS.  Keep them as your laboratory to learn from, if nothing else.