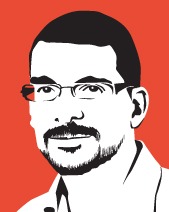 Dr. Alex Osterwalder is among the most influential proponents of business model innovation in the world. His first book, called Business Model Generation, sold a million copies in 30 languages and has had a profound influence on startups and entrepreneurial education. More recently, he wrote a book called Value Proposition Design , which explains how to gain greater fit between your product and the intended market.

Osterwalder’s first book describes a tool called the Business Model Canvas , which summarizes the main components of a business plan on a single page. By linking the Business Model Canvas to ideas from Steve Blank around evidence-based entrepreneurship , Osterwalder provides a framework for startups and large companies to innovate by rapidly experimenting with new business models.

On a recent episode of CXO-Talk, I spoke with Osterwalder in depth. Watch the entire live conversation on video for a fascinating discussion of interest to startups, large companies, and investors.

Here are edited highlights from our discussion:

On business models: The Business Model Canvas shows how you are earning and where you’re spending the money. Basically, the story of how you create, deliver, and capture value.

On business plans: There is no entrepreneur or no big business that can say, “We executed our business plan everything happened like we described it.” It’s a waste of time. Anybody who has spent two weeks or three weeks on a business plan for a new idea has wasted his or her time. Business plans don’t work.

On evidence-based entrepreneurship: When you have large uncertainty, you do cheap tests. Talk to customers; very cheap. Just get out of the building and talk to 10, 20, 30 potential customers. You’ll learn from that; you’ll reduce uncertainty.

The more you learn, the more you can invest into more tests. So, when you have a certain amount of knowledge, then you can start building a prototype. The prototype will give you more knowledge. But, you need to start with cheap tests. Steve Blank calls it evidence-based entrepreneurship, the same thing for large companies. The more you know, the more you can invest; at some point, you’ll have enough evidence from the market and turn into execution mode.

On innovation experiments in large companies: Most large companies remunerate, or even incentivize, people to create a business plan rather than to experiment. Why don’t most people experiment in most companies? Because they fear failure. You don’t want to admit failure.

Writing a beautiful business plan can make it look that your idea’s going to work. But saying, “I talked to 10 customers and they all said our idea sucked,” nobody wants to do that in a large company, because it can mean the end of your career – you’re gone.

On corporate innovation: A lot of successful companies today apply logic from the execution machine to the search of new business models: “We want to innovate, and everybody needs to be an innovator.” That’s nonsense. You need executors of the existing business model. There’s no space for failure.

Inventing the future is not execution, it’s search. We need to create in large companies the “chief corporate entrepreneur.” This is an idea that comes out of conversations with Steve Blank. The chief corporate entrepreneur invents the future of the company; the chief executive — we’ll call it the “chief execution officer” — runs the existing business.

On Amazon: Amazon is one of the very few continuous business model innovators. How amazing that a company very successful in e-commerce is becoming one of the most successful companies in the cloud space — scaring IBM, scaring HP. That is because they have the mindset, “We’re executing our business model. We’re excellent at that, but at the same time we’re building new businesses.” Very few companies can do that at the same time. Very few.

On Apple and proactive reinvention: When Steve Jobs introduced the iPod, he started locking us in. That’s a business model innovation because he created switching costs. It became hard for us to change our MP3 players because we are locked-in. That was the basis continuous business model innovation. When they launched the iPad, they disrupted their laptop business deliberately. When they launched the iPhone, they knew they were killing the iPod. That is proactive reinvention.

Most companies today don’t proactively reinvent themselves; they wait for a crisis, and when a crisis comes it is usually too late.

CXO-Talk brings together prominent executives, authors, and analysts to discuss leadership, transformation, and innovation. Join me and Vala Afshar every Friday for a new episode of CXO-Talk