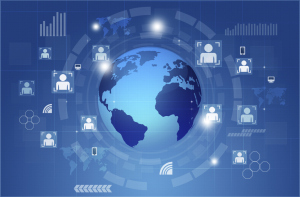 Microsoft’s latest study shows enterprises’ pace of cloud computing adoption continues to accelerate.  Nearly half of the respondents (45%) report they have cloud-based applications running in production environments.  58% report that they selectively target new applications and projects for cloud computing. Microsoft commissioned 451 Research to complete one of the most comprehensive global surveys to […]

Enterprises are defining their own cloud strategies, their own way, ignoring vendor hype and requiring metrics that reflect security (61%), mean-time-to-recover from outages (57%), number of data center outages (51%). This and many insights were gained from attending the 451 Research Hosting and Cloud Transformation Summit at the Bellagio Resort & Casino in Las Vegas last week. 451 Research provided a […]

Defining Cloud-Enabling Technologies (CET) as those that are installed, delivered and consumed on-premises, Market Monitor a service of 451 Research recently released their annual forecast of virtualization, security and automation and management revenue through 2016. The report, Market Monitor Cloud-Enabling Technologies has taken a bottoms-up approach in defining the three primary categories they include in their definition of cloud-enabling […]

69% of enterprises who have separate budgets for cloud computing are predicting spending increases this year and into 2014. This is one of several key take-aways from a research study published today by TheInfoPro, a service of 451 Research.  TheInfoPro Wave 5 Cloud Computing Study is based on research completed in the first six months […]

The majority of cloud computing revenue in 2012 was generated from vendors with sales over $75M (66%) and who are privately held (77%), with Platform-as-a-Service (PaaS) projected to attain a 41% compound annual growth rate (CAGR) through 2016. Market Monitor, a service of 451 Research, is also predicting 36% CAGR in cloud computing, growing from […]