Microsoft powering more of their Cloud from renewables

SAP to power its cloud computing infrastructure from 100% renewable energy

Cloud computing is often incorrectly touted as being a green, more environmentally-friendly, computing option. This confusion occurs because people forget that while cloud computing may be more energy efficient (may be), the environmental friendliness is determined by how much carbon is produced in the generation of that energy. If a data centre is primarily powered […]

It’s ASP All Over Again

One of my favorite Mark Twain quotes is, “History doesn’t repeat itself, but it rhymes.” I thought of it again last week when I read about the price war going on in the infrastructure as a service space.  Larry Dignan made the clever observation that he paid more for electricity in January than it cost […] As the debate continues over who will make up the next leadership generation at Microsoft, I was intrigued to read the two names first on Mary Jo Foley’s list yesterday of potential successors to Bob Muglia, the departing head of Servers and Tools: “There are a number of in-house candidates that might be the kind […] 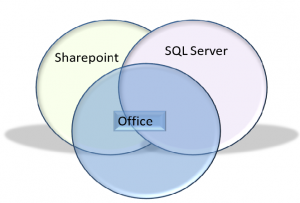