Proximity marketing or hyperlocal marketing as it’s sometimes called, is on the upsurge this year. The fact that the smartphone market continues to grow with ~1.3B shipments in 2014 WW, and a CAGR of near 10% through 2018 (based on the IDC Smartphone Tracker) is a part of that of course, but also the technology […]

One of the most interesting announcements which came out of SAP’s SapphireNow conference in Orlando last week was the Afaria in the Cloud update. This is a real game-changer (an expression we use very rarely) for a number of reasons. Afaria, if you are not familiar, is SAP’s mobile device management (MDM) product. What does […] 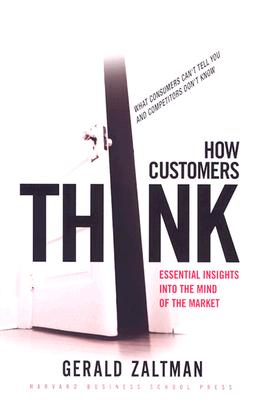 10 years ago, Gerald Zaltman, wrote a book that fundamentally altered the way I view markets and the consumers that inhabit them — How Customers Think.  The book lays some foundational notions for those of us that wish to pursue Neuro– and content- marketing.  Among them include: Most of the thoughts that influence a consumer’s […]

Is it safe? I’ve been back now a bit over 4 weeks and I’ve been blown away by how many things are going on especially in the Mobile side of the house. One of the most interesting aspects I’ve come across is the “Apphaus” a new initiative that is simply beyond rational thinking for the […] Will Consumers Pay More for Products With a Lower Carbon Footprint, Despite the Economy? (Part 1)

Even though I don’t necessarily believe we can extrapolate from UK consumer data whether US consumers will pay more for products and brands that showcase corporate social responsibility (e.g., products with lower carbon footprints…