Salesforce.com Is Into SAP – Ask FinancialForce

I ran across this rather interesting press release this morning from TMCNet saying: “FinancialForce.com Announces Out-of-the-Box SAP Integration for Sharing Financial Data.” All I have to say in this case is kudos to a. salesforce.com b. and especially FinancialForce.com. This is not an insignificant integration when it comes to the evolution of salesforce.com in particular.  […] 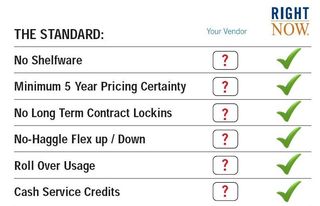 Once in awhile there is something that isn’t only important coming out of the vendor community but actually kind of refreshing.  Given my right-brained proclivities, I didn’t think it would come from the world of contracts (that’s a Ray Wang specialty), but interestingly enough it does. RightNow released the details of its new Customer Service […] (Just a brief note. I’m writing this with a TERRIBLE cold and I don’t feel particularly sharp. In fact I feel about as sharp as a bar of soap – proof positive is this awful analogy). I’m not a Kremlin watcher when it comes to most large companies, though I do admit to an unhealthy […]