For decades now electricity grids have been architected in the same way with large centralised generation facilities pumping out electricity to large numbers of distributed consumers. Generation has been controlled, and predictable. This model is breaking down fast. In the last decade we have seen a massive upsurge in the amount of renewable generation making […] 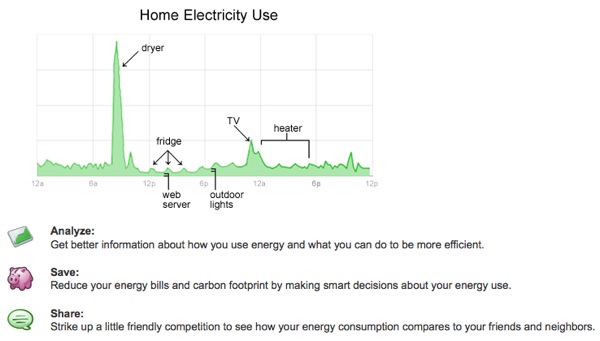 There’s gold in them thar bills!

Photo credit Urban Jacksonville
The output from smart meters is incredibly granular. Far more so than is obvious from the smart meter output graph above.
In conversations with Dr Monica Sturm (Director of Siemen’s Center of Competence, Metering Services) last November (2008) she confirmed to me that it is possible to identify individual devices in someone’s […]