In the first installment of this post (which has already lead to a healthy debate in the comments section), I examined a number of the sourcing enhancements, customer milestones and related news surrounding the fall launch of SAP’…

Pool4Tool: E-Sourcing and Beyond for Manufacturers (Part 1)

In yesterday’s early morning post (
E-Sourcing Evolves: Looking for Differentiation and Getting Past Basic Functional Sameness), I shared a few thoughts about the way I personally see the overall e-sourcing landscape evolving. … SAP E-Sourcing Watch: The Rumors of Frictionless’ Death May be Exaggerated

There has been much chatter in the market of late about the eventual migration away from Frictionless (also described internally at SAP and with partners as the “bridge” platform). I recently had the chance to catch up with Marko Navala, who not long… 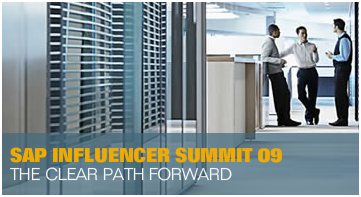 Why is SAP Prioritizing E-Sourcing in its Sourcing Portfolio? (Part 1)

At SAP’s Influencer Summit last week, one thing became quite clear
rather quickly in discussions with key SAP team members as well
as during the specific analyst and customer briefing on its latest
products. And that’s the fact that SAP is p…

While I plan to provide additional details on some of what I
learned around SAP’s On-Demand E-Sourcing
developments (from pricing to modular component break-out information),
not to mention providing some context around how
customers curre…

e-Three: Proof of the Commoditization of High-Quality, Low-Cost E-Sourcing

When I first got a peek inside a full service e-sourcing process in
the late nineties, I quickly realized that, despite all the posturing
and spin behind how FreeMarkets and others positioned it, the
process was really more science than art….