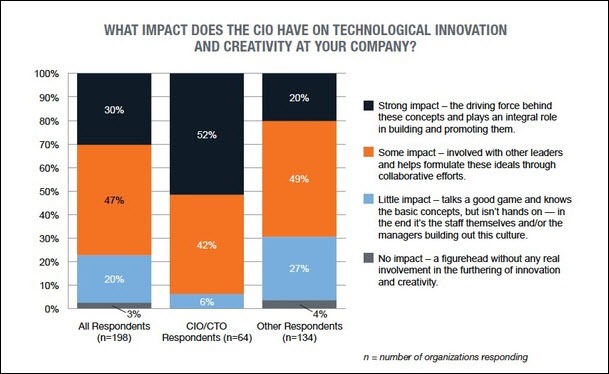 CIOs make progress, but still get no respect

While chief information officers have made great strides to become more strategic and valuable, they’re often still regarded as an “itinerant specialists” rather than long-term strategic partners to CEOs.

Roundup Of Cloud Computing And Enterprise Software Predictions For 2014

Alan Kay’s saying that the best way to predict the future is to create it resonates through the best cloud computing and enterprise software predictions for 2014. Constraints that held start-ups back from delivering sophisticated new apps and services are disappearing fast.  The dynamics of one of my favorite books, The Innovator’s Dilemma by Clayton Christensen, are in full force across the […]

IDC: 87% Of Connected Devices By 2017 Will Be Tablets And Smartphones

The latest round of tablet, smartphone and PC forecasts from IDC released yesterday in their smart connected device market forecast shows how rapidly tablets and large-screen (5+ inch) smartphones are redefining the market. These forecasts also underscore how the majority of enterprises need to better plan how to get the most out of mobility investments […]

Without a proper value exchange, social media is just a channel

And it doesn’t work a whole lot better than the ones we already have. While doing some research for a client project, I came across this great post from Chad Warren on the Adobe Digital Marketing blog. In it, Chad discusses (in an admittedly creative mixed metaphor) the “seri­ous dose of real­ity [dropped] on everybody’s […]

Old pal, Chris Kanaracus (who covers enterprise software and general technology breaking news for The IDG News Service) has a story in InfoWorld yesterday which is very interesting in that it describes the current dynamics of the enterprise software business. Just to convolute things, the article is about a recent report from Forrester Research, which […]

I spent the best part of last week cruising up and down Silicon Valley checking in with customers and would be clients.  The consensus from this non-scientific survey is that business is better than OK and most people are expecting this year to be the best in a while.  Of course there is a cloud—literal […] Forrester Research has been heating up the marketplace lately with a string of interesting reports and forecasts that impact CRM and the front office generally.  One that I saw, “Capitalizing on Live Video Chat” by Diane Clarkson, August 23, 2011 talks about the bright future of using video rather than text (obviously) chat in sales, […] Summary: The global growth of social media as a mainstream trend is the subject of regular news headlines these days. Yet the assumption is that most enterprises are either taking a wait-and-see attitude or are hopelessly behind consumer trends. The surprise is that enterprises have actually been holding steady behind the consumer world as they look […] CRN recently ran a story summarizing a Forrester Research study (sorry, I don’t have the link – hopefully, someone will provide it in the comments) which revealed certain vendor practices which are stirring up resentment among CIOs. There is a lot within this report that our industry needs to take to heart, but there are […]