Ariba Buys B-Process, Perhaps the Largest E-Invoicing Provider No One Has Heard Of 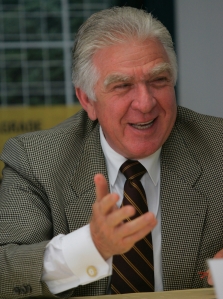 The blog of a kind and wise man.

I’m very pleased to see that Les Hayman has a blog, and that he is rattling off posts with vim, vigour and consistency. If you are interested in HR, career and life advice from someone who has been there, done that, then Les is a must read.  Les was on the the extended board at […]

Friday Rant: A Sign of the Spend Management Times — British and French to Merge Navies…

…Well, sort of, as far as the title goes. But to be more specific, it’s the carrier fleets that could potentially join co-deployment forces. Business Week, among others, captured the news earlier this week in a story that headli…

The Glory Of Carcassone At Night Ron and I will be traveling again from 6/25 through 7/17 (life is short!) mostly in the Languedoc and Dordogne in France and on the Med coast of Spain between Valencia and Barcelona.  We’ll be soaking up “best” practices in HRM, the HRM delivery system and HR technology every […]