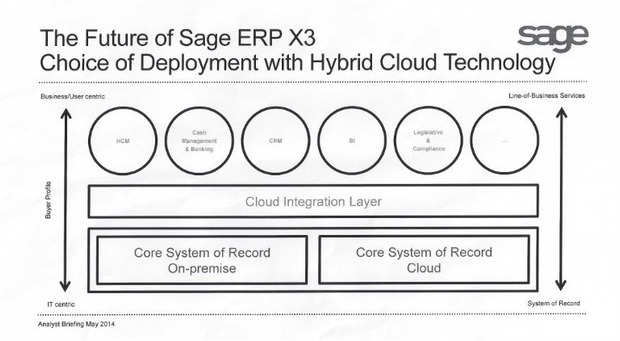 Sage ERP X3 has hit a new level of technological sophistication and market relevance. Will the firm put the resources together to help this product line take off in the North American marketplace? A key customer visit adds insight.

Last week I discussed how Sage Group plc is creating a data cloud that will bring new navigation, capabilities and functionality to Sage customers. It’s an approach that sets the stage for an overhaul of their product line. Today, I’ll cover the efforts SAP is undertaking to breathe new life into existing products. First some […] 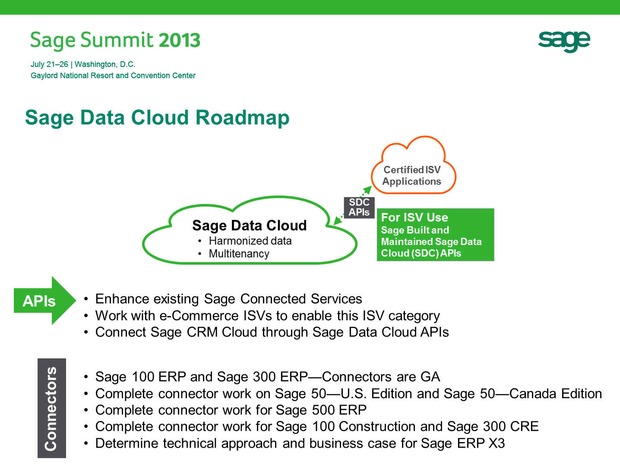 Imagine you run R&D for a major software firm.  Your employer has grown the company massively over the last couple of decades with acquisitions of competing and complementary product lines. You now have to support and enhance dozens of product lines, product architectures, etc. Unfortunately, pure-play competitors are now introducing all-new applications at a dizzying […]

During 2012 the worldwide Enterprise Resource Planning (ERP) market experienced sluggish growth of just 2.2%, yet Software-as-a-Service (SaaS), financial management and Human Capital Management (HCM) applications showed potential for breakout growth. Through the challenging times of the previous year however, SAP still retained worldwide market share leadership.  These and other insights were recently published in […]

Pascal Houillon, the CEO of Sage North America, has been at the job for a bit over a year.  He took over the reins at last year’s Sage Summit where he famously introduced a new branding exercise.  Houillon’s idea was to make Sage a more prominent brand by de-emphasizing the individual product names, in many […]

Sage Summit 2011: CRM at a Crossroads

I’ve known Sage since before they were Sage so to speak. I was a SalesLogix Technology Partner back in ‘99 – in other words when men were men and cocktails were hooch (I don’t know what that means.).  When it comes to CRM, they are, without a doubt, one of the most enigmatic companies I’ve […] Organizations Report Increase In Software Licensing Audits Across the board, the largest complaints about software vendors and their business practices have come from increasingly aggressive software auditing practices.  Once thought to be a small possibility, the software vendors now wield this big stick to drive up sales and of course ensure compliance.  Given the 32 […]

Sage took a major step in clarifying its position in the market when it hosted an analyst day in Boston last week.  The company has been around for a long time and has been one of the higher revenue generators for many years thanks to an assortment of products that span the front and back […]

Sage had a number of industry analysts out to Boston last week for a one-day event. This was the first analyst event theyâve had in North America in almost a decade. While Sage has at times seemed to me to be a company that changes slowly, apparently there were a number of changes underfoot for […] Sage in the Cloud, but is it too little too late?

Last week Sage, the UK’s biggest accountancy software supplier, finally released their first real online accounting solution.  It looks like a proper SaaS or Cloud offering, unlike the hosted Online 50 product sold through a few resellers from 6 years ago, or their previous failed attempt of SageLive in 2009.  I would argue that because […]